As the capital of the Northern Territory, Darwin is renowned for fun and adventure, but an interesting mixture of history and the slightly obscure is found in the Top End - when you know where to look. Darwin’s unique charm and character is a by-product not only of its geographical location - history and a couple of natural events played a role. … END_OF_DOCUMENT_TOKEN_TO_BE_REPLACED

Darwin is in perpetual summer mode. It's a place where winter attire is a rare requirement. But a noticeable change occurs when November 1 rolls around and the wet season rains appear heralding the start of ‘tropical summer.’ Dramatic thunderstorms bring a welcome respite from the heat and at dusk sunset lovers observe radiant golden colours as the … END_OF_DOCUMENT_TOKEN_TO_BE_REPLACED 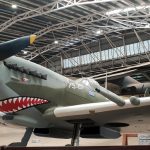 A tour to learn about the history of Darwin From my high school studies of Australian history, I knew a little about the bombing of Darwin in 1942. And my recent visit to the Tiwi Islands, 80 kilometres north of Darwin educated me further. It was on the smaller of the Tiwi Islands - Bathurst - that Father John McGrath on that fateful day of … END_OF_DOCUMENT_TOKEN_TO_BE_REPLACED 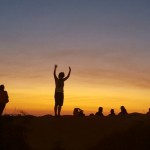 Darwin has its own charm and character This is based not only on its geographical location but also on history and a couple of significant natural events. On the 19th February 1942, during World War II, the city was bombed by the same Japanese force which struck Pearl Harbour. Darwin suffered a great deal of destruction from the bombings, which … END_OF_DOCUMENT_TOKEN_TO_BE_REPLACED