The beginnings of an unlikely friendship

Our friendship began on social media. The common link, we’re both writing colleagues in an Australian writer’s group and we met via a closed Facebook group. This link has resulted in an alliance across the oceans which will culminate in two strangers traveling together for the very first time!

And I’m not talking about traveling together for a few nights. No, we’ve somehow managed to be traveling on a tour together for a week followed by driving around a new country for another two weeks.

What do you think?  A recipe for disaster or a chance to forge an enduring, ever-lasting friendship?

Only time will tell. 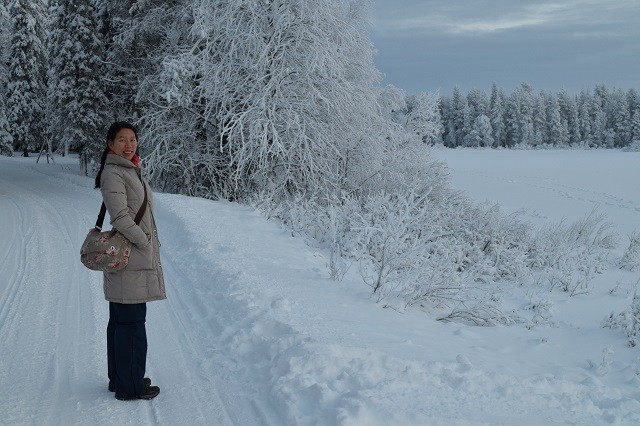 We are different in many ways – I am a single mum with three kids (young adults now) and a dog – she is married with no kids and two cats. I’m a decade and a half older. Amy was born in Taiwan, me in Australia but we share being raised in Australia, just in different states. Thankfully, the State of Origin will be after we travel. Amy has left Australia and lives in the UK outside of London – me I reside in Brisbane.

From our months of correspondence via emails, since making the decision to travel together, I also believe we share a sense of adventure. Although Amy’s body is a few decades younger than mine, and can probably handle a bit more of the ‘adventure.’ There was an ‘incident’ last year when I decided to tackle skiing, ignoring my orthopedic surgeon’s advice to steer clear of skiing  (knee weakened thanks to reconstruction in my 20’s.)

How it all began

The conversation with Amy began when I shared on our writer’s FB group mid-way through 2017, an interest in traveling to Iceland in 2018.  I posted about some future travel ideas to explore Iceland with a tour group.  Not having been to Iceland, I didn’t feel confident figuring out how to navigate the island on my own and was considering a tour group to do Iceland. Amy who’d made a quick visit to Iceland tagged me and suggested getting around Iceland is a piece of cake. We talked about what I was going to do over there and one thing lead to another and Amy asked if she could join me in Iceland.

Once those travel plans began to take shape from a loose idea to actually booking flights (meaning we were committed) emails began to fly daily back and forth. The different time zones meant I’d wake up to find an email and Amy does the same. We may not reply within 24 hours but mostly for five-plus months, we’ve managed to respond to each other’s emails within 48 hours.

In late April, we’re going cold turkey jumping from getting to know each other via email and the occasional skype call, to spending days and nights together. Yes, this new friendship is about to face the toughest test – traveling together.

The first few days I’ll be utilising Amy’s generous hospitality and overcoming my jet lag in the home she and her husband, Will share outside of London.

Amy has given me a heads up. I need to get used to her cats (Kitty and Angel) who apparently reside over the guest room (where I’ll be sleeping.)  I’m an animal lover and cats while they may not be my forte, they’re about to become my best mates.

Once over my jetlag, I’m off to Scotland for a few days before Amy joins me for a hiking adventure around the Isle of Skye. We’ve chosen Wilderness Scotland to tour Skye.

I let Amy know in advance I’m much better being guided around the countryside rather than trying to guide myself. My European backpacking buddy Catherine, (after our late 1980’s adventure) will attest to my very poor sense of direction (and yes we survived six months backpacking around Europe and have remained friends.)

While Wilderness Scotland looks after the finer details of traveling around Skye, Amy and I will be getting to know each other, more than five months of daily emails have allowed us.  And we will be taking notes as we go for the future travel stories we’ll be writing.

Iceland has been on my radar for five years now, so I’m really excited about finally getting there. Amy who’s visited briefly before has planned an itinerary. With my limited knowledge of Iceland, her travel ideas include a number of interesting and off the beaten track places. As travel writers, we’re both keen to explore the unique and lesser-known parts of any destination in the hope of uncovering a fresh angle for a story, possibly a Thelma and Louise story, as Amy suggests here in her post about traveling with someone you don’t know.

So long as we change the ending, hurtling off some volcanic cliff in Iceland is unlikely to be covered under my travel insurance.

I was in Hong Kong at the beginning of the year and I shared with my friends there the story about my travel plans in Iceland and Scotland with Amy.  Their shocked faces told me how they felt. 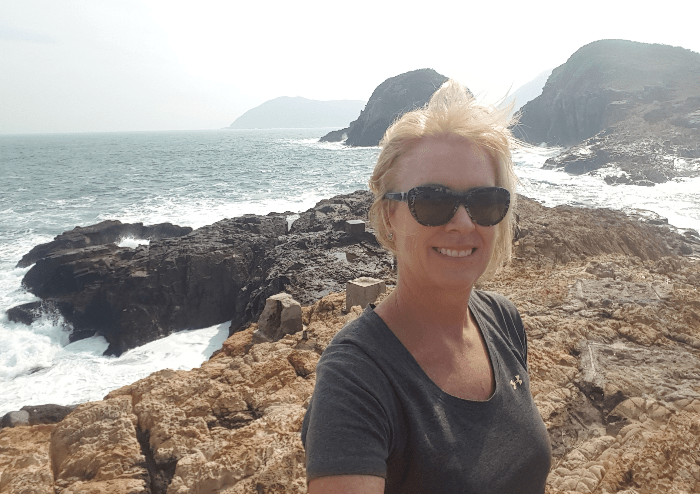 on the Cape D’aguilar trail in Hong Kong

“What, you’re traveling together and you’ve never even met?” was the skeptical response.

Followed by, “Oh I don’t think this is going to work out.”

Those thoughts have never occurred to me. Do they foresee something I don’t?

What is the worst that can happen?

One of us snores and the other doesn’t?

One of us has a painful laugh that grates after a while?

One of us is a night owl, while the other is an early bird?

One is a neat freak, while the other leaves mess all over the place?

Whatever, I’m not overly concerned. I know a couple of things about Amy.

These all work in just fine with me. I often travel solo and will be doing some traveling on my own during this trip, so to have a friend share part of it – to be honest – I’m excited about it all. I’m used to planning the finer details of all my holidays. To have someone organise so much of the trip for me, it’s actually a little …………….. can I use the word sublime?

And I reckon, she’ll be right mate!

What stories will come from this experience?