The story behind writing the story

Earlier this year, I wrote a travel story on Scotland and the Outlander effect published online on New Zealand’s Fairfax stuff.co.nz

This explains why I wrote the story:

Rewind back to April when I celebrated one of those milestone birthdays, some prefer to forget. One of my besties presented me with a gift saying, “you’re going to love this!” With a knowing smile she handed me a small, wrapped present. Before your imagination goes elsewhere, my gift was a DVD set – the first eight episodes of season one of Outlander. A long time ago (two decades actually) the same friend leant me her copy of the book Cross Stitch, the first in the series of eight novels by American author Diana Gabaldon.  (The book has since been renamed Outlander.) I enjoyed the book so much, I went on and read the next two books in the series.  I hope to read the next five sometime in the future when time permits. (Have you seen how many pages are in The Fiery Cross?)

Hooked on the TV series

Fans of Diana Gabaldon’s books have imagined their own personal versions of how the various fictitious characters look. As humans we thankfully have our imagination and no two readers are likely to have the same image of the characters from a book. (We each have our own versions of Jamie and Claire.) To transfer these fictional two dimensional characters into human form for TV was always going to be a daunting task. And one that would be debated over by the millions of Gabaldon fans, when actors were selected to portray her book characters. To then re-write the books for screen and capture the essence of some very complicated story lines into one hour TV episodes, would create a monumental challenge for script writers, directors and producers. Considering those serious challenges, I purposely refrained from having high expectations for the TV series. But after watching episode one, I was hooked.

Scotland is centre stage in the series

Ronald D. Moore – the executive producer known for his work on Star Trek: The Next Generation and Star Trek: Deep Space Nine is the man responsible for bringing Outlander to television. Moore recognised the importance of filming the first series in Scotland. The scenery and historic architecture are as integral characters as the fictional ones. Author of the Outlander series of books, Diana Gabaldon is reportedly happy series one was filmed in Scotland. “Ron (Moore the producer) said from the beginning when he realised we could film in Scotland (what he and I both wanted) that it (Scotland) must be as much a character in the show as any of the actual cast members,” said Gabaldon. “And it certainly is, it’s just spectacular.” 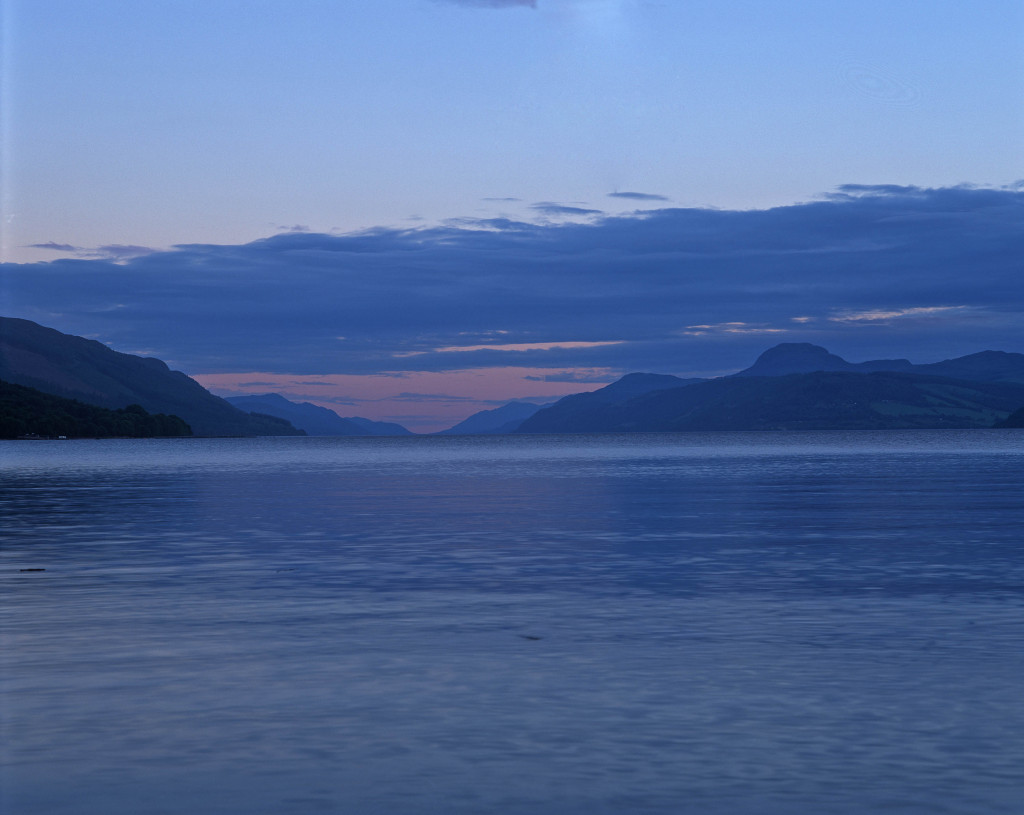 When I watched the last episode of the first series (made it through that harrowing scene between Black Jack Randall and Jamie Fraser,) I checked social media to work out what others thought about the Outlander TV series. I discovered a MASSIVE fan base – a phenomenal worldwide passion for anything Outlander. It was also fun to find out fans, who’ve been captivated by the books in circulation for over 20 years, are now experiencing a new fever created by the release of the TV series. And conversely, discover viewers of the TV series are now reading the books!

And as the books have done for many years, with the success of the TV series, there’s been a noticeable renewed interest in tourism to Scotland. 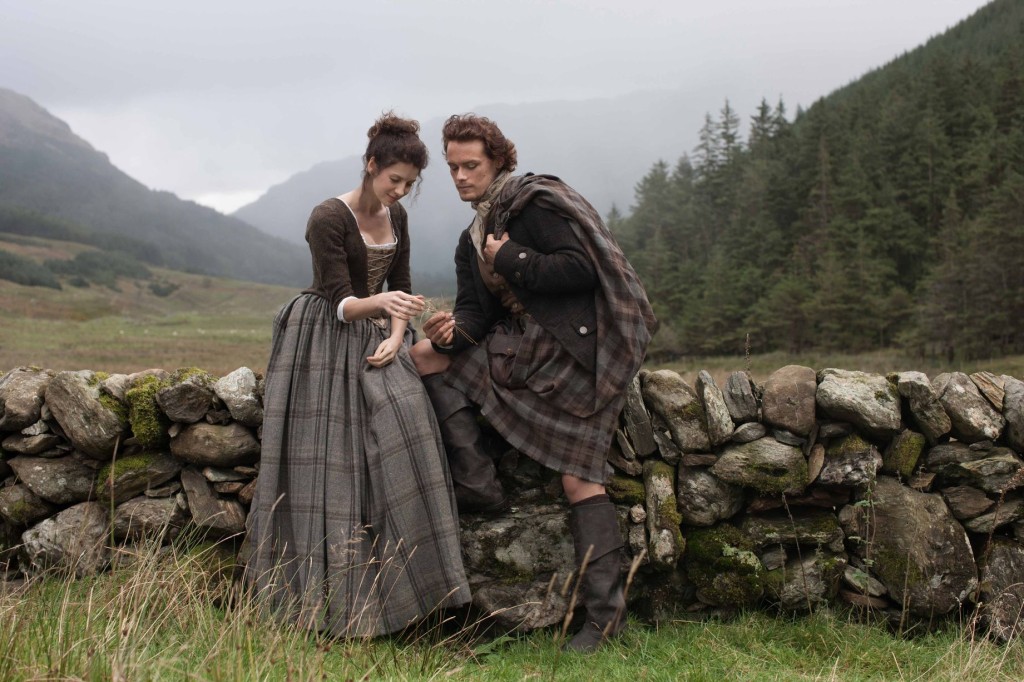 So why write a travel story that connects Scotland to Outlander?

I was studying a writing course which required a written story as part of the assessment. I thought why not write a travel story on two of my favourite topics: Scotland and Outlander. My research uncovered a number of interesting snippets about Scottish folk. Those who’ve left their homeland and are dispersed around the world share a special trait. They passionately cling to their heritage and strong Scottish roots. And it just so happens, Scotland is part of my own ancestral history (with a name like Johnston go figure!) Scottish blood flows through my veins – blame this for my passion for anything Scottish.

But sadly it’s been 25 years since my first visit to Scotland. In my 20’s I lived in London for a few years, so popping over the border was easy. I returned briefly 18 years ago, but now that I’m living in Australia, Scotland is just a wee bit further than a quick train ride!  Seems Outlander is helping me to get my dose for anything Scottish. 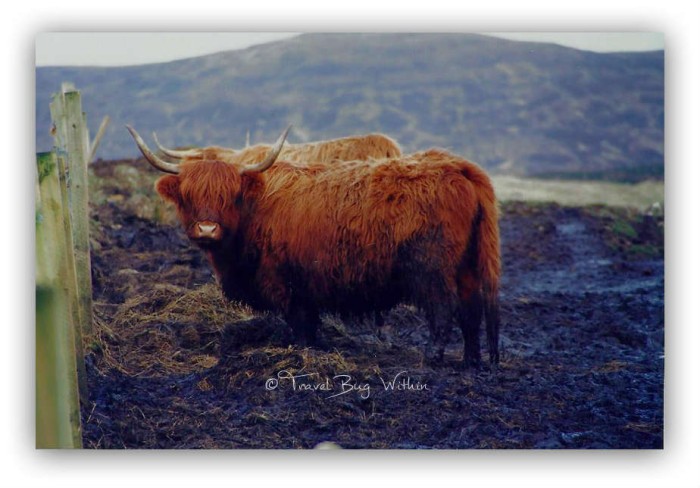 Memories from my last visit to Scotland.

Researching the impact Outlander’s popularity has on Scottish tourism never felt like work. Re-visiting Scotland from my Brisbane desktop was fun, as was connecting with Scottish people on the other side of the world (many late night email chats – thanks to the time difference!) 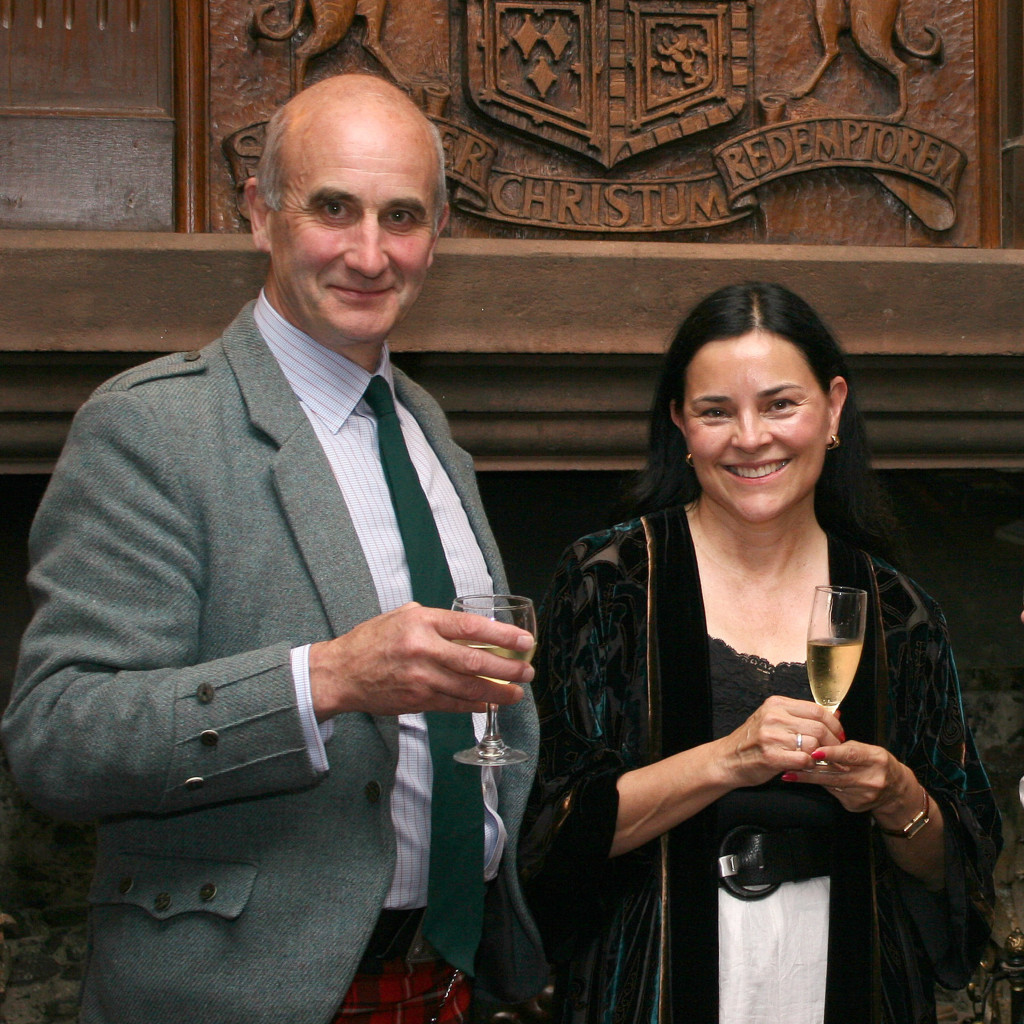 Scotland and the Outlander Effect

What’s not to love about the show?  The quality of production, detailed sets, gourmet and painstakingly accurate costumes, dramatic scenery and the talented bunch of actors playing the fictional characters with Oscar winning performances – all combine to produce a series deserving of accolades.  Yes it’s obvious, I’m a keen Outlander fan (not apologising.)