Home » Destinations » Caloundra a family getaway with a musical twist

Caloundra is an ideal destination for families

Caloundra was awarded the title Australia’s “tidiest” town, in 2012. I’m not sure what constitutes the “tidiest” town, but tidiness was not the decisive factor in Caloundra being my destination choice for the September School holidays. 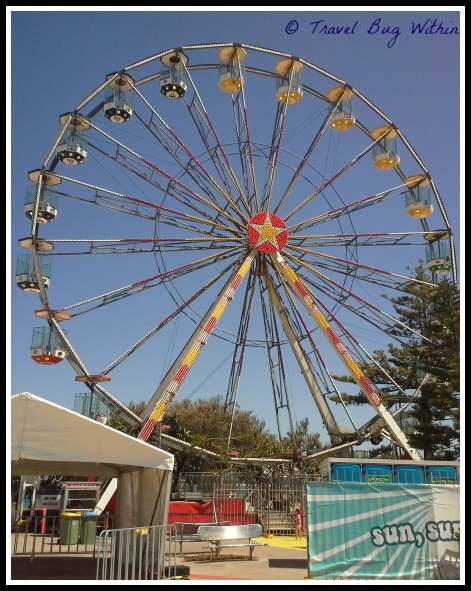 Caloundra’s attractions combined with a choice of fabulous beaches is a blueprint for a memorable family holiday. A rented holiday house at Shelly Beach was our base for a week. I’m a beach lover who loves nothing more than a holiday at the beach. And I was hoping Caloundra is where my kids will be too busy to utter those annoying words: “I’m bored!”

Caloundra’s array of beaches are within easy walking distance of each other if you’re keen to stretch your legs on their well-maintained walking paths.  Each morning the dog and I would hit the walking paths and cover a few kilometres, the beach our constant companion. 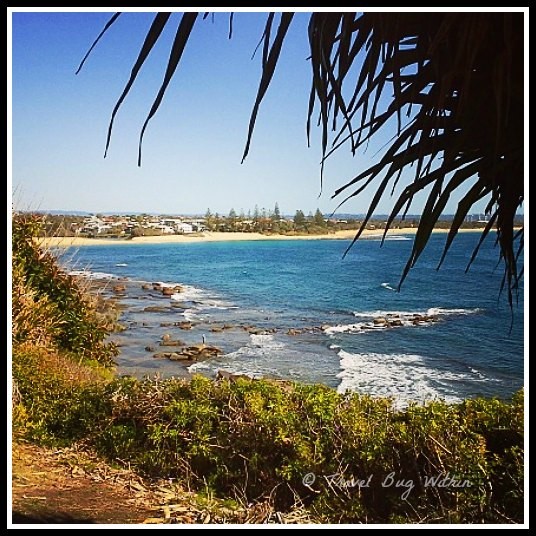 Kings and Dicky Beach have patrolled beaches. (Remember it’s important to be “safe” and swim between the flags.) I like the slightly cooler water temperature during the September school holidays, compared to Christmas time.  The sun does not feel as intense at this time of the year either which means more beach time without the worry of sunburn. 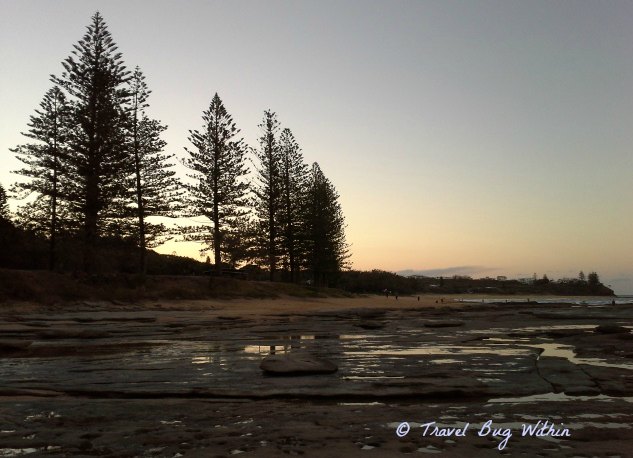 Some days we chose the quiet and un-patrolled Shelly Beach (no swimming though.) Spoilt with the easy beach access at the end of the quiet cul-de-sac, kids, dog, and mum were quite content to venture out. Other days if we were keen to go a little further we’d venture to Kings or Dicky Beach. 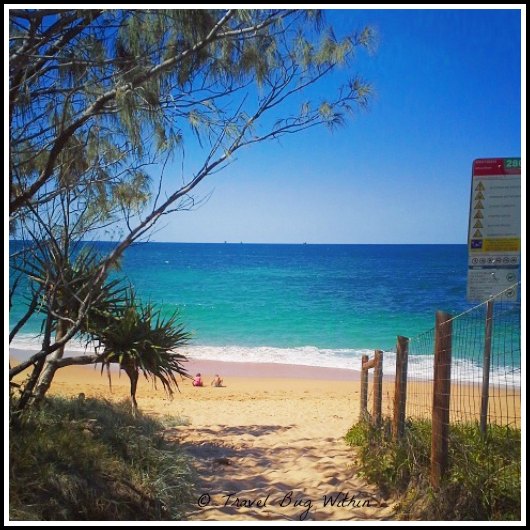 Our holiday coincided with the four day Caloundra Music Festival. This was the Festival’s 8th year and coincides with the Labour Day public holiday. I discovered the festival for the first time last year. Impressed with the musical talents (so many bands I’d not heard of) and the family-friendly atmosphere, I wanted to introduce my two younger sons to their first music festival experience.

Taking my two 11-year-olds meant spending less time at the Festival (kids and their short attention span) so I didn’t experience many of the musical acts this year. But that was ok. As a mum, I enjoyed introducing the boys to live music. This Festival is kid friendly and with five stages spread over a large area, feeling crowded was never an issue. And they’re one of the first Festivals to introduce BYO H20 bottles. Fill your water bottle from the clean water stations found around the various stages. Environmentally friendly and clever! 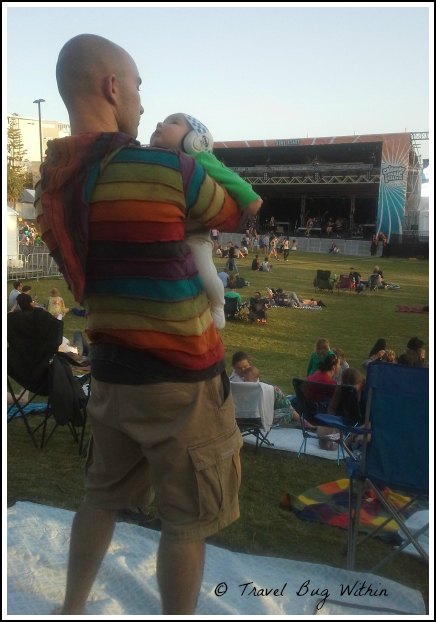 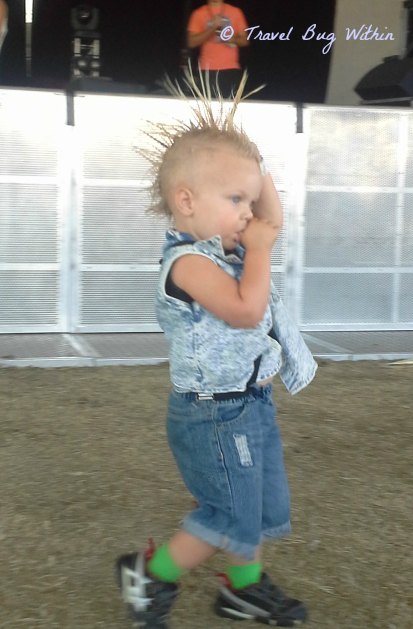 Rocking on at the Surf Stage

I’m a Pete Murray fan. And Pete just happened to be playing at the Festival on Saturday night. Being a family venue meant kids could come along. Pretty quickly I discovered loud outdoor concerts are not for everyone, especially my kids as first-timers! Rather than ‘grooving’ in the front rows, we moved to a spot halfway up the grassed area to enjoy Pete’s popular hits. 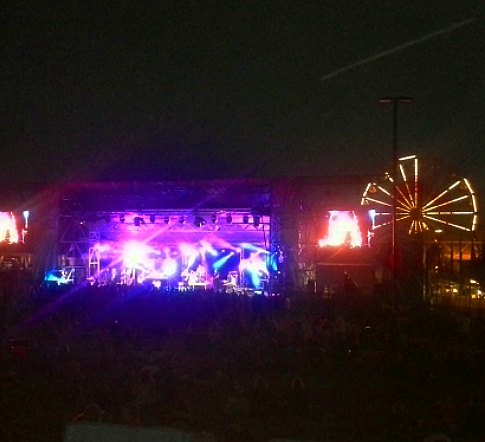 Rocking at the Soul Stage

A highlight on day two at the smaller Surf Stage was Mr. Percival . 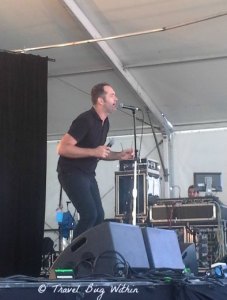 Mr Percival at the Surf Stage

We’d no idea who he was. But you know when you see someone and you can’t quite place their name but they seem so familiar – that was me. Found out later he’d appeared on the Voice Season 1. Darren Percival, a Sunny Coast local had the entire crowd (including my boys) up on our feet clapping and singing along to his version of “electroacoustic” music.

Listening to New Orleans jazz band Tuba Skinny at the Surf stage Sunday afternoon felt like we’d stumbled into a back street of New Orleans. Listening to musicians of this caliber perform at the intimate Surf Stage – is what makes this Festival memorable for anyone keen to experience musical talent and diversity. 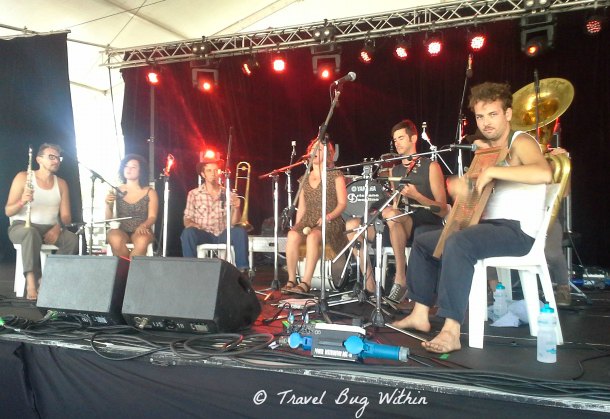 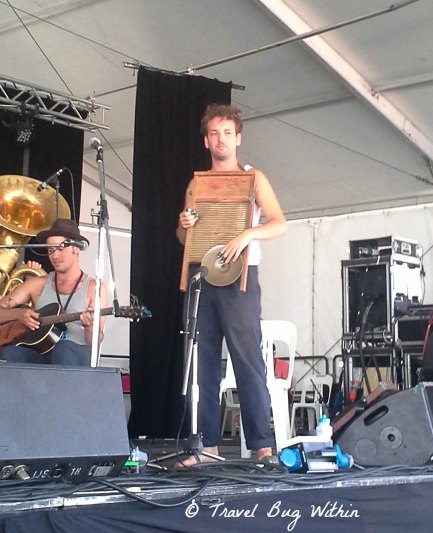 How many can say they’ve seen a washboard played and played well?

Catch a clip of Tuba Skinny (at the French Quarter  Festival.) So many amazing musical experiences at the Caloundra Music Festival. I missed a few this year, but no bother there’s always next year!

With the Sunny Coast spoiling us by turning on seven days of brilliant weather, it was the perfect time of year to enjoy the beach, music and all Caloundra (the tidiest town) has on offer. Thumbs up from this mum, her kids (and the dog!) 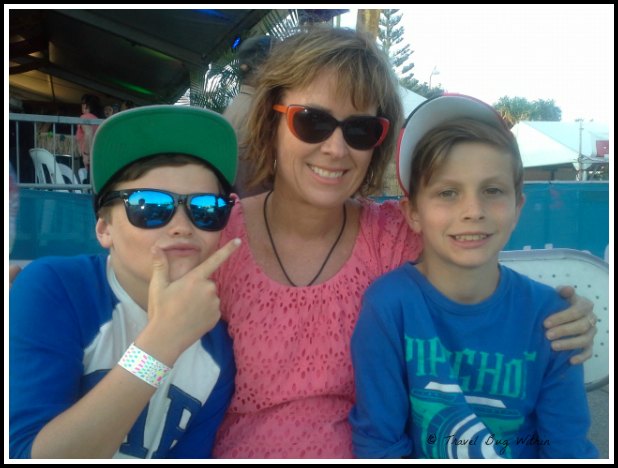