O’Reilly’s Rainforest Retreat in the Gold Coast Hinterland is brimming with bushwalking experiences and wildlife. Day-trippers and overnight guests can escape from the daily grind by exploring the many trails inside Lamington National Park.

I have a few suggestions on how you could explore this leafy paradise.

The dappled sunlight breaks through the canopy of bird’s nest ferns, providing a myriad of dancing beams to the right and left of the path.

I’m on the Morans Falls track, one of the many walking trails starting from O’Reilly’s Rainforest Retreat. Located two hours’ drive south of Brisbane or 1.5 hours west of the Gold Coast, this historic property within the World Heritage-listed Lamington National Park has been drawing visitors for close to a century.  It offers an idyllic nature-based escape, without having to compromise on creature comforts.

The legacy of the O’Reilly family

Locals and overseas visitors come to O’Reilly’s to connect with nature. They’re lured by what the O’Reilly brothers and cousins discovered was special about the region when they settled in the area in 1911 to establish dairy farms. Tom O’Reilly was the first in the family to build a basic guesthouse in the rainforest. In the Easter of 1926, he began charging visitors for the privilege of staying on the Lamington Plateau — a journey that took two days via train, car, and horseback.

Today the journey up to the Lamington Plateau is by road. It’s a winding climb filled with tight hairpin turns. Take it slowly, not only for safety’s sake but for the chance to glance at the scenic mountain vista to the west — aptly named the Scenic Rim.

Beyond the stunning setting, the history and the heritage of the O’Reilly clan and their strong sense of family play a big part in the Retreat’s appeal. Peter O’Reilly is the second-generation O’Reilly on the mountain. His son Shane now runs the property. Third generation Mary O’Reilly (whose grandfather Mick was one of the eight original O’Reilly boys) also works at the Retreat. 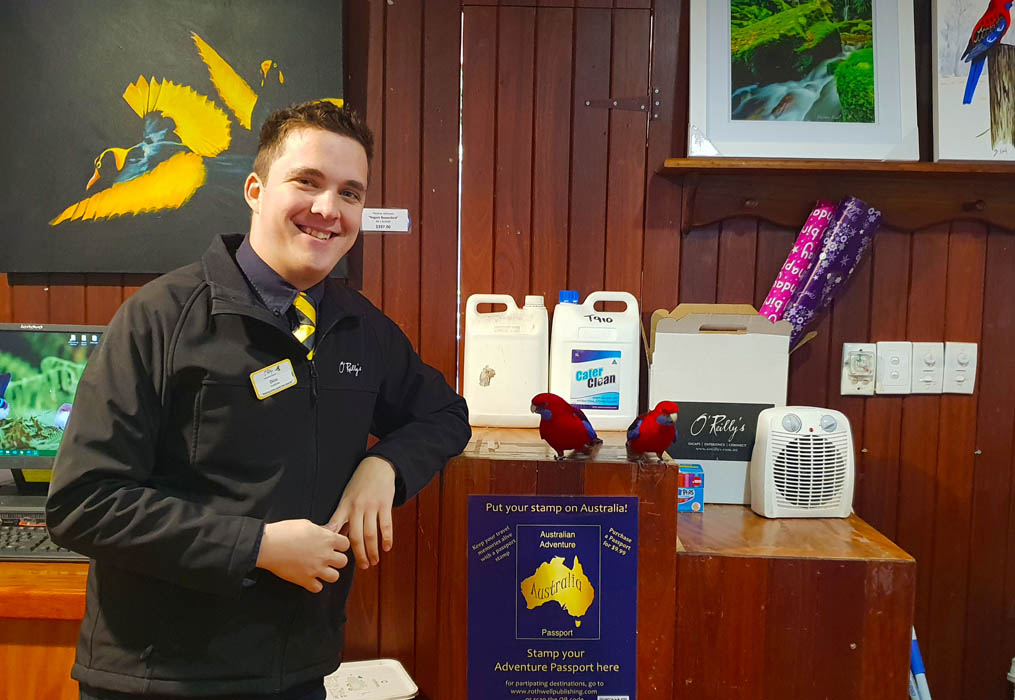 Plenty of hiking trails to choose from

The Eastern whip bird at O’Reilly’s