Busting out in Perisher 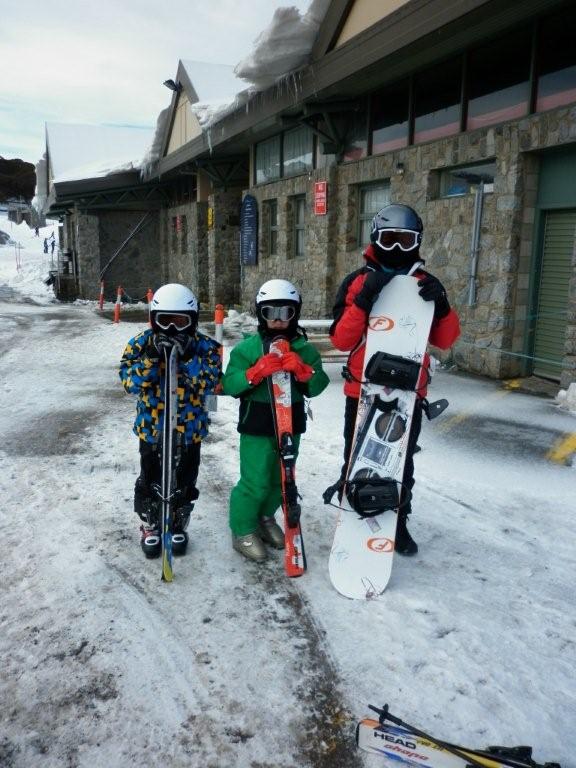 My three snow busters at Perisher!

Single mum takes her three kids (ages 13, 9 and 9) to the Australian snowfields for their first-ever snow experience.

Sound like a challenging and somewhat crazy holiday idea?

Well, I survived the holiday last August – five and a half days in the snow (Perisher, New South Wales) and two days in Canberra.

Introducing my three sons to their first-ever snow experience had become a priority on my “to-do” holiday list. For years my kids have been asking, “when are we going to the snow?” For years I have successfully diverted their request.

The first diversion was a week’s holiday in Fiji. Somehow I managed to survive that expedition as a single mum travelling on her own with her tribe of three. That holiday included a week of activity AND a few stressful challenges (felt mostly by mum.) But it was also a week filled with adventure, new experiences and thankfully some special memories.

The Fiji holiday didn’t stop their requests for a snow holiday. The first day of winter chill in the air was the same old question: “Are we going to the snow this year?”

To Perisher we go

Maybe feeling some sort of euphoric confidence following the Fiji holiday, I began considering taking them to the snow. The main reason behind delaying their snow experience, was for my twins to be old (mature) enough, so they (hopefully) would not complain about being wet, cold and miserable. As every novice skier knows, wet and cold is part of skiing life.  But so is sitting around a fire, warming up and eating good food (without guilt) following the energy expelled on the slopes.

Assisting my decision was another keen skiing family, (good friends) announcing they were heading to Perisher for a week. One thing this single mum relishes on family holidays, is some adult company in the evening – a chance to get away from the kids’ demands and constant spats. The opportunity to kick back after a day’s skiing with a couple of adult friends, sealed the deal for me. Another plus: their kids and my kids get along.

It had been over 15 years since my last skiing holiday. I’d never been to Perisher, my Australian skiing experience was Thredbo and Falls Creek.

To get an idea of what the trails and facilities were like, I wanted to talk to someone who has actually been to and skied at Perisher. Thanks to the invaluable help and advice of those in the know at SNOWSCENE* in Woolloongabba (Kerri, Emily and Sandi) I planned what I hoped would be a good all-round snow experience.

When to go and what to do

We booked the week of the Exhibition Wednesday Public Holiday, lessening the “guilt” of taking them out of school for only 4 days instead of 5! We also figured a week away from school in a productive and challenging environment would provide them with some beneficial life experiences at the same time as saving some dollars (this week is classed as “shoulder” rather than peak.)

We were staying at Ski Rider, 11km from the Perisher Ski Resort.

I thought a day either side of the time at the snow, in our Nation’s capital city would provide my kids with valuable Australian cultural experiences. It had been 40 years since I had been to Canberra. Time to check out the Australian War Memorial and Parliament House through adult eyes. The snow bus timetable was fairly inflexible when it came to catching a bus directly from the airport to the snow.  Inflexible flight times help me make decisions.

Challenges at the snow

TIP: To catch the bus you MUST be organised. My three ski novices were not organised on the first day.

That first morning, I had to call upon all my reserves of patience. We managed to get through Ski Rider’s canteen-style breakfast (there are long queues and we all want a decent breakfast before skiing) I suggest going early. And in those cumbersome ski boots, it’s impossible to impossible to move quickly. But somehow we managed to struggle to the bus stop with the ski gear and no tears.

Frustrations were quickly forgotten once we were on the bus, en-route to the boy’s first-ever skiing experience.

At Perisher Resort, the boys saw snow – for the first time – scooping it up and throwing a few snowballs. I can remember seeing snow for the first time at Thredbo on a University ski trip (when I was 20.) This was a happy mama moment to be experiencing with my three lads.

It was a short moment. I watched one impatient son attempt to clip his skis into his boots, legs sliding awkwardly and tipping over. He thought by putting skis on you would parallel like the experts he’d seen on TV! After sharing his frustration loudly to anyone in earshot, I recognised it was time to stifle the laughter and walk him to the ski school. And hand him (very happily) over to the expert instructors who know how to deal with this kind of behaviour! 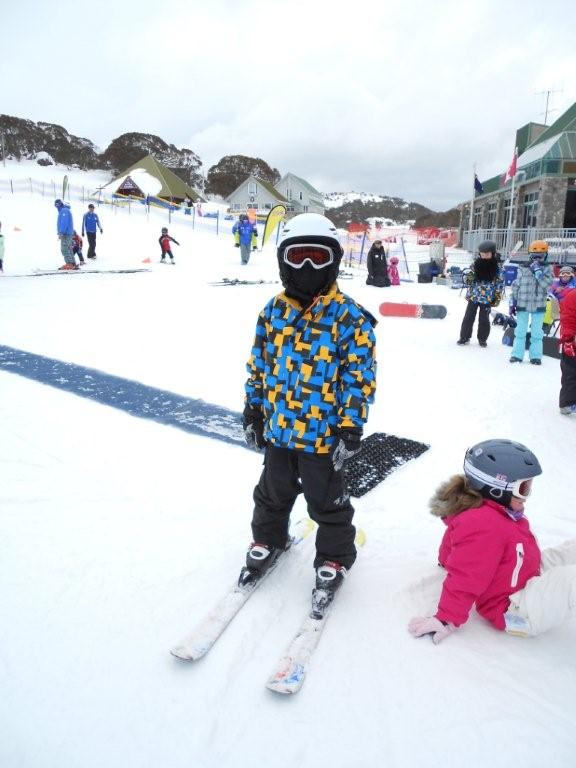 No skin exposed with Fraser

After their first ski school lesson, the boys mastered the basics. Learning how to snowplow or pizza gave them more confidence and increased their enjoyment levels as well. (Truth is one took to it more than the other – but that’s fine. They may be twins but it doesn’t mean their skill sets are the same!) Mr 13 was trying snowboarding and persevered through some very challenging days. Kids under 11 years, do not require ski poles. From the lifts, you would spot small tykes in all ranges of height and ability bravely skiing down the runs.  The ski school also gave me the chance to get a few hours skiing the slopes on my own and with my friends.

As the week unfolded and they attended their daily two hour lessons, their skiing prowess grew. By mid-week they were skiing down small green trails, tackling the lifts and dis-embarking with confidence. They also learned how to keep their mother in a reasonable state of mind by not pushing her to the limits.

I have shared my Perisher snow experience; where we stayed; what we did and how we did it and the lessons I learned in this post Ski Perisher my Tips to help the next traveler contemplating such a trip.

On reflection for future

The holiday experience – five days of skiing – was without incident. My kids have now seen snow and felt snow. Of the three, the eldest can’t wait to get back to the snow and work on his snowboard skills. The twins – one would go back and the other “never again!”

Reflecting on the memories, I may be suffering a delusional moment, but I am considering Japan as the next skiing destination. 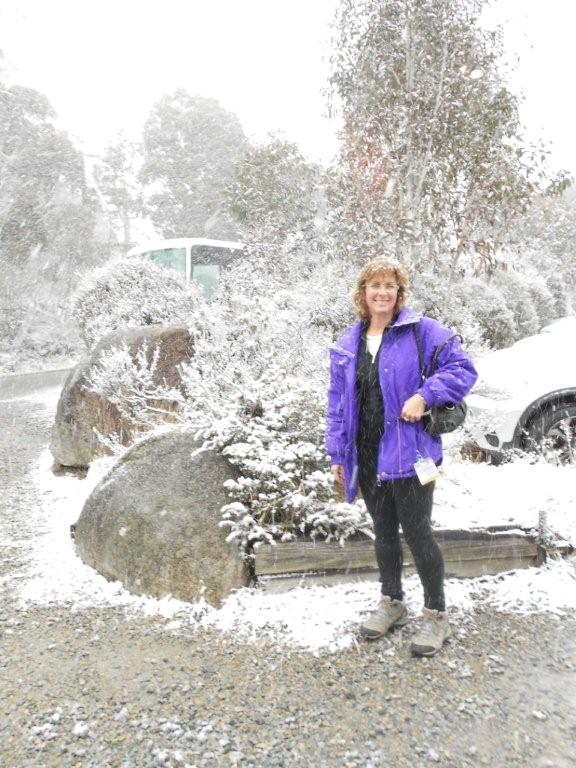