Home » Why have me write for you? » Australian Executive Chef Richard Ousby shares a few secrets in Noosa

Heading into summer, Australian food lovers are on the lookout for new and exciting recipes. Leaving winter behind, we’re aching for lazy Sunday afternoon bar-b-q gatherings and balmy evenings where relaxing dinner parties on the deck are the weekend highlight. A few Queensland inspired recipes from renowned Australian chef Richard Ousby could provide the inspiration. 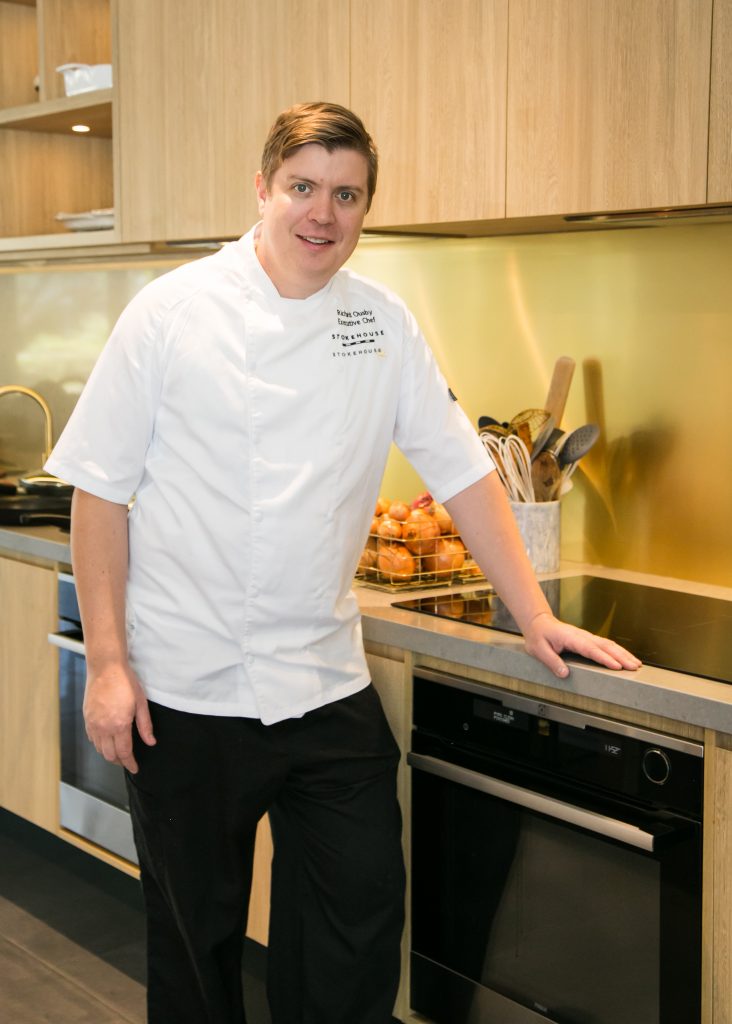 Blue and orange flames leap from the pan as Richard Ousby expertly pours a dash of Havana Club rum over the simmering caramelised sugar.  Flames in a kitchen always draw a crowd and a collective gasp of excitement comes from our group of 15 attending a cooking masterclass with the Executive Chef for the Stokehouse Group Richard Ousby. I was part of the group at The Cooking School – Noosa located behind the popular Wasabi restaurant, at Noosa Heads, a quiet spot nestled on the banks of the Noosa River.

My prowess in the kitchen can always be improved upon, so when I received the invite to attend this special cooking class sponsored by Electrolux in one of my favourite Sunshine Coast destinations – I accepted the invitation.

For a little background on Richard Ousby, if you haven’t dined at either one of the establishments he presides over as Executive Chef – Stokehouse at Southbank in Brisbane and the Stokehouse at St Kilda in Melbourne – go to the end of my post*.

Our masterclass takes place in an open-plan room around a large stone table, adorned with ingredients and utensils. We’re introduced to Richard Ousby and the owner of Noosa’s Cooking School and Wasabi restaurant Danielle Gjestland.  After outlining the day’s events, Richard allocated tasks to the group. I wondered if Richard channeled psychic abilities when he suggested the “rum roasted pineapple” dish for myself and my friend Karen to help prepare.

How did Richard know I’m partial to rum and also to pineapples? (As a true-blue Queenslander, pineapples are part of my DNA.) 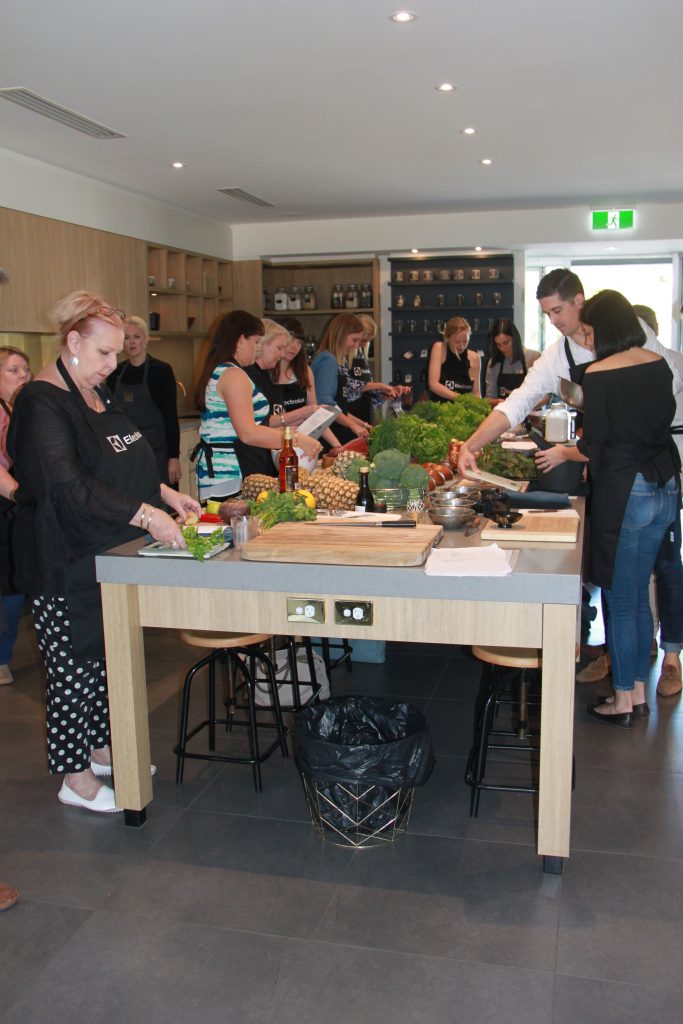 The group may have been fans of Masterchef because once the dishes were allocated, it was as if the timer had begun. There was a flurry of activity including grabbing ingredients and utensils.  While Karen and I struggled to don our aprons, others in the group who’d taken no time to peruse their recipes were already in prep mode. Richard and Danielle “worked the room” answering questions and making suggestions. 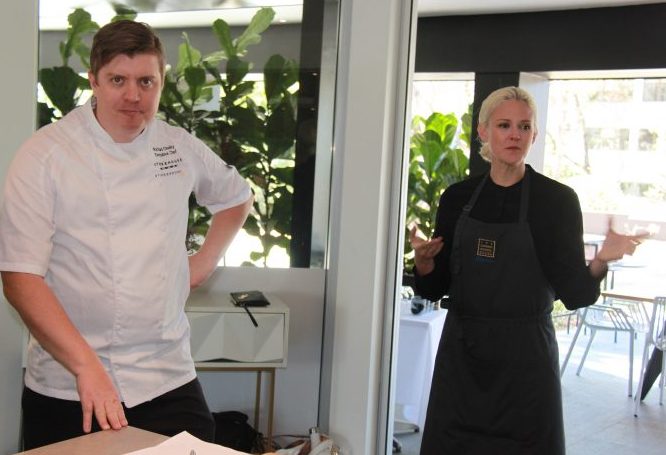 It’s a little daunting to take your home kitchen skills and apply them to a commercial kitchen, with two professional chefs hovering. I watched as a mother and daughter team expertly sliced a massive fillet of freshly caught tuna into large chunks for cooking. A non-tuna lover, I was relieved Richard gave us the rum pineapple concoction.  Our first task involved making a dry caramel with the sugar. 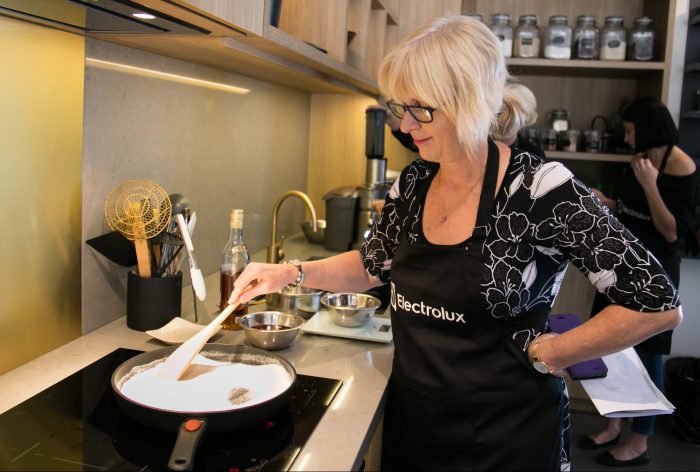 Jen stirs the sugar waiting for it to caramelise image: Kirsten Cox

The second part of the recipe required the addition of water, followed by rum to “make a flame with the vapour.” This came with the warning caps (no chance of missing the hint): BE CAREFUL STAND CLEAR THE RUM WILL IGNITE. That was enough for us to hand the reigns over to the professional. As we waited for Richard to flambé in style, he shared an interesting story about where his inspiration for cooking the humble pineapple came from. 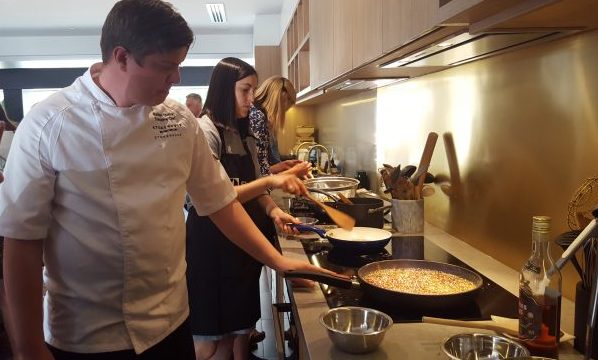 “My mate Simon Lewis and I as 14-year-olds did a lot of fun cooking,” says Richard. “We’d build a bonfire and place pineapples on the edge of the fire and wait for them to get crisp. You’d assume when cooked they’d be like a hot smoked pineapple, but they’re not. Once you cut the burned section away, the pineapple is just really juicy and not quite as sweet as you’d think.”

We watched as another couple quickly topped and tailed, then sliced seven pineapples ready for marinating. Thankfully this was not a pressure test and we weren’t required to figure out how we were going to overcome the 24-hour marinating in one hour.  Instead, we had the luxury of being supplied with ‘ones we’ve prepared earlier.’

The next task was roasting the pineapple, a first for me! After all the pineapples I’ve consumed over the years, I’ve never thought to ‘cook’ any! But roast them we did at 300 degrees adding caramel for more flavour.

The best part of any cooking class comes when it’s time to sample the collective efforts. Sitting at a couple of long tables in the Wasabi Restaurant, overlooking the Noosa River, with a glass of chilled white wine chosen to complement each delicious dish we’d contributed to making, was the perfect way to enjoy the fruits of our labour.  Conversation flowed among our new cooking friends. 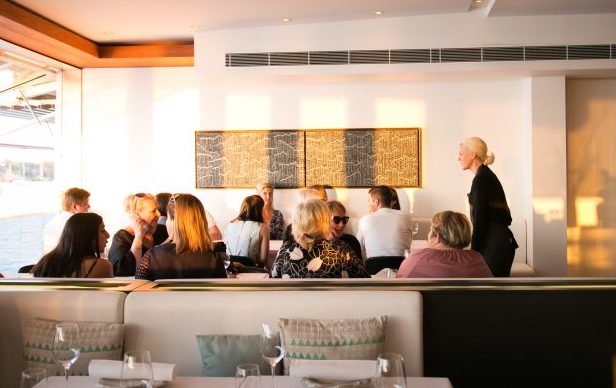 “I love to eat the rest of the dish,” Richard explained earlier in our cooking class. “The vanilla cream we’re making is luscious and better than whipped cream can ever be. With fresh passionfruit curd and torn brioche baked this morning, what could be better?” he asks. 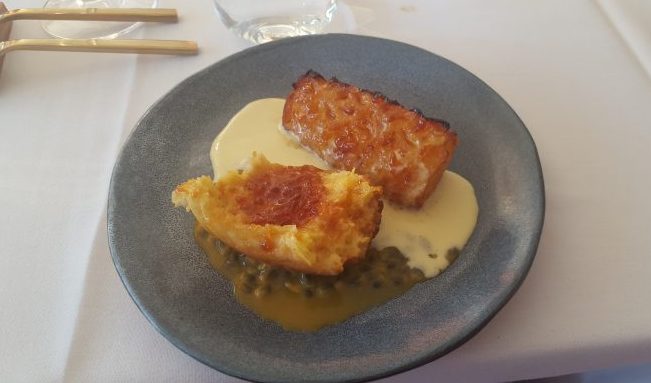 Indeed Richard, what could be better? 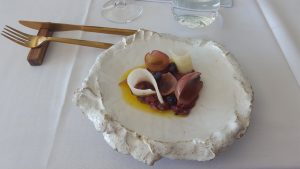 entree for those who are not partial to tuna 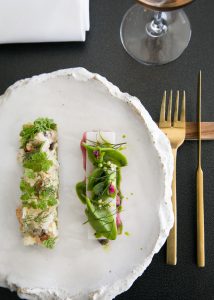 Richard worked for celebrated chef Michael Roux at England’s three-star Michelin restaurant, the Waterside Inn at Bray, Berkshire. In 2010 this restaurant had the accolade of becoming the first restaurant outside France to retain all three stars for 25 years.  Richard returned to Australia in 2008 where he worked for three years in the kitchen at Sydney’s Quay restaurant with Peter Gilmore. In 2012 Richard joined the Stokehouse Q and in 2015 was appointed Executive chef for Stokehouse restaurants. 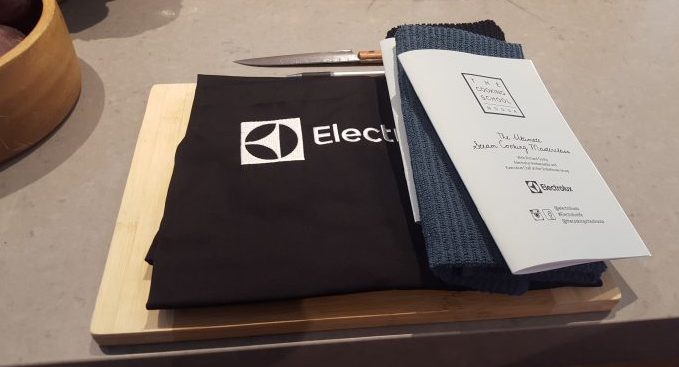