Feel a gathering of emotions when you see three innocent words on a page?  Note the “vs” discreetly tucked between Sydney and Melbourne. Such an insignificant abbreviation, but reading those two letters, immediately conjures a strong, emotive word: RIVALRY.

Aussies love rivalry. In so many facets of our everyday lives Aussies eat, breathe and live for rivalry.

Where does your mind run to, when you see these two cities in print?

What about sport? Narrow the wide choices down to football. One of the biggest rivalries Aussies will forever debate: which code of foot ball is greater?

Ask a die-hard bulldog supporter decked in their blue and white, which game is greater? There won’t be a pause in their response, “Aussie Rules – is a game for sissies.”

Locate a zealous Collingwood supporter and there will be public outcry against the game they “claim” to play above the border – brandishing it a game played by “thugs”.

There is Rivalry in their pseudonym: The Harbour City vs the Latte City.

Rivalry in Natural attractions: The Blue Mountains vs the Twelve Apostles (ok, there are less than Twelve standing, but I always refer to them as Twelve!) 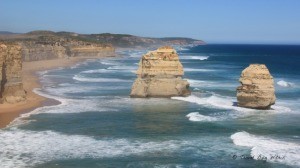 In Sydney, Paddington’s tree lined streets full of cafes, where visiting Melbournites argue the coffee is not worth drinking. As opposed to the Laneways in Melbourne’s CBD, where a chai latte is considered by Sydneysiders is brewed with less sunny love.

Then there is the beach rivalry: Bondi Beach where reality TV shows are filmed, vs St Kilda Beach, where the Pier and little Penguins draw a moderate crowd. 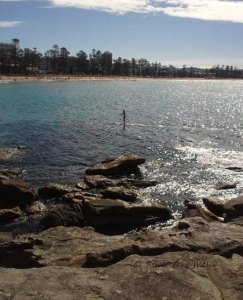 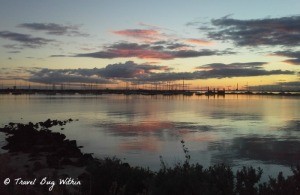 As a Queenslander, I take the neutral position known as Switzerland. Neither city is superior.  Each city provides differences and nuances and its those which depending on your mood and desires at the time, will draw you to one city over the other.

Maybe that’s why Canberra was chosen as the Nation’s capital – to halt the ongoing debate over which city deserved the accolade of das Kapital.

This raises another question, Aussies would feel the need to contest:

What’s so wonderful about Canberra vs Sydney or Melbourne?